This thriller and coming-of-age drama follows the journey of an extraordinary young girl as she evades the relentless pursuit of an off-book CIA agent and tries to unearth the truth behind who she is. Based on the 2011 Joe Wright film. 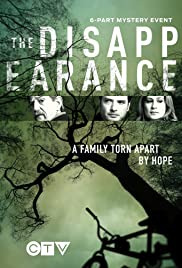 In the wake of the disappearance of Anthony Sullivan on his 10th birthday, the fractured family bands together to solve the mystery that has uprooted their lives.