RAF at 100 with Ewan and Colin McGregor

To celebrate the centenary of the Royal Air Force, Ewan and Colin McGregor take to the skies in some of the world’s most iconic planes. These are the planes that were involved in aerial combat at every stage of the RAF’s story, from the biplanes used in the early days of dogfighting in World War I to the beautiful Spitfire of the Battle of Britain, the plucky Lysander and on to mighty Vulcan nuclear bomber, as well as the Chinook helicopter and supersonic Typhoon that are still in service today. It is a story of amazing machines and epic battles, but above all it is the story of the men and women whose courage and ingenuity have been at the heart of the RAF for 100 years. On their journey Ewan and Colin meet an amazing cast of characters. 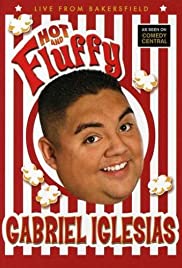 Gabriel Iglesias is one of the fastest-rising comics today! With his unique brand of humor, lovable stage presence and wide range of voices and impressions, it’s no wonder that he already has a huge fan following. Now you can see Comedy Central’s “Comic of the Year” in his sold-out performance at the historic Fox Theatre in Bakersfield, California! From Led Zeppelin to The Rolling Stones, Elvis to Madonna, John Lennon to Johnny Rotten, Bob Gruen has captured half a century of music through the eye of a lens. In this landmark documentary series, award-winning filmmaker Don Letts reveals the stories behind some of the most famous rock ‘n’ roll photographs of all time. Bruce Springsteen: In His Own Words

Bruce Springsteen: In His Own Words Between Me and My Mind

Between Me and My Mind

Driven by a constant need to create, Phish frontman Trey Anastasio takes on new projects, including some of his most personal music to date as well as Phish’s ambitious New Year’s Eve show at Madison Square Garden. Sergeant Michael Dunne fights in the 10th Battalion, AKA The “Fighting Tenth” with the 1st Canadian Division and participated in all major Canadian battles of the war, and set the record for highest number of individual bravery awards for a single battle Just weeks after being diagnosed with a rare and incurable form of cancer, 31-year-old actress Kris Carr turned the camera on herself as she embarked on the fight of her life. The result is this moving and funny inspirational documentary. In need of experimental treatment, Carr travels the country seeking experts on alternative medicine and, along the way, meets other cancer-stricken women driven to survive.

EUROPE IN 8 BITS is a documentary that explores the world of chip music, a new musical trend that is growing exponentially throughout Europe. The stars of this musical movement reveal to us how to reuse old video games hardware like Nintendo’s GameBoy, NES, Atari ST, Amiga and the Commodore 64 to turn them into a tool capable of creating a new sound, a modern tempo and an innovative musical style. This is a new way of interpreting music performed by a great many artists who show their skills in turning these “limited” machines designed for leisure in the 80’s into surprising musical instruments and graphical tools. It will leave nobody indifferent. A boxing champion becomes a preacher. Unbridled comic Chris D’Elia reconsiders his approach to major life events like marriage, not having kids and buying pants for your friends.