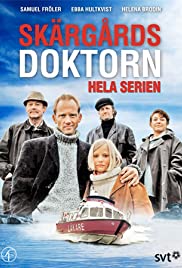 Skärgårdsdoktorn was a Swedish television series produced by SVT Drama. The series ran from 1997 to 2000 and a total of 18 episodes were produced. In English, the title could be translated as The archipelago doctor, and it came to be one of the most popular Swedish TV series of the 90s, and with its average viewership of approximately 2.5 million it is considered one of the greatest successes of SVT Drama. Created by Lars Bill Lundholm and Gunilla Linn Persson, the first 8 episodes were directed by Martin Asphaug. The series was also broadcast in Norway, Finland and Denmark.

In May 2009, the plans to produce a cinema feature film of Skärgårdsdoktorn were announced. Featuring the same characters ten years after, the estimated release date is Christmas 2010, or possibly January or February 2011.