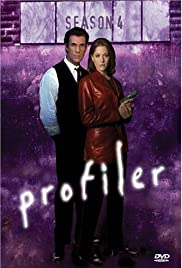 Profiler is an American crime drama that aired on NBC from 1996 to 2000. The series follows the exploits of a criminal profiler working with the FBI’s fictional Violent Crimes Task Force based in Atlanta, Georgia.

Profiler shares a similar lead character and premise with the Fox Network series Millennium, created by Chris Carter. Both shows premiered at the beginning of the 1996–97 television season.