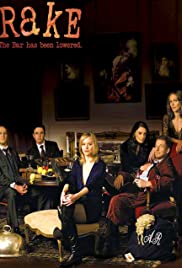 Rake is an Australian television series, produced by Essential Media and Entertainment, that first aired on the Australian Broadcasting Corporation’s ABC1 in 2010. It stars Richard Roxburgh as rake Cleaver Greene, a brilliant but self-destructive Sydney barrister. The show airs in the United States on DirecTV’s Audience Network. The second season began on 6 September 2012. The Australian Broadcasting Corporation has also renewed the show for a third season

The Fox Network in the USA has commissioned an American version of Rake, starring Greg Kinnear as the lead character, renamed Keegan Deane for American audiences.