Super Why! or The Reading Adventures of Super Why! is a CGI animated show developed by Angela C. Santomero and Samantha Freeman Alpert. The TV series is produced by New York City-based Out of the Blue Enterprises and Toronto-based DHX Media through its Decode Entertainment division. The show debuted on PBS stations on September 3, 2007. The series airs on PBS Kids and PBS Kids Sprout in the USA, Kids’ CBC in Canada. Thai PBS from Thailand broadcasts the shortened version, the episodes are 5 years behind the U.S. 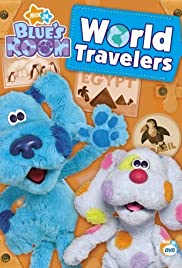 Blue’s Clues is an American children’s television show that premiered on September 8, 1996 on the cable television network Nickelodeon, and ran for ten years, until August 6, 2006. Producers Angela Santomero, Todd Kessler and Traci Paige Johnson combined concepts from child development and early-childhood education with innovative animation and production techniques that helped their viewers learn. It was hosted originally by Steve Burns, who left in 2002 to pursue a music career, and later by Donovan Patton. Burns was a crucial reason for the show’s success, and rumors that surrounded his departure were an indication of the show’s emergence as a cultural phenomenon. Blue’s Clues became the highest-rated show for preschoolers on American commercial television and was crucial to Nickelodeon’s growth. It has been called “one of the most successful, critically acclaimed, and ground-breaking preschool television series of all time”. A spin-off called Blue’s Room premiered in 2004.

The show’s producers and creators presented material in narrative format instead of the more traditional magazine format, used repetition to reinforce its curriculum, and structured every episode the same way. They used research about child development and young children’s viewing habits that had been conducted in the thirty years since the debut of Sesame Street in the U.S. They revolutionized the genre by inviting their viewers’ involvement. Research was part of the creative and decision-making process in the production of the show, and was integrated into all aspects and stages of the creative process. Blue’s Clues was the first cutout animation series for preschoolers, and resembled a storybook in its use of primary colors and its simple construction paper shapes of familiar objects with varied colors and textures. Its home-based setting was familiar to American children, but had a look unlike other children’s TV shows. A live production of Blue’s Clues, which used many of the production innovations developed by the show’s creators, toured the U.S. starting in 1999. As of 2002, over 2 million people had attended over 1,000 performances.