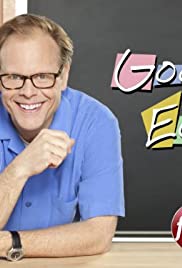 Good Eats is a television cooking show, created and hosted by Alton Brown, which aired in North America on Food Network and Cooking Channel. Likened to television science educators Mr. Wizard and Bill Nye, Brown explores the science and technique behind the cooking, the history of different foods, and the advantages of different kinds of cooking equipment. The show tends to focus on familiar dishes that can easily be made at home, and also features segments on choosing the right appliances, and getting the most out of inexpensive, multi-purpose tools. Each episode of Good Eats has a distinct theme, which is typically an ingredient or a certain cooking technique, but may also be a more general theme such as Thanksgiving. In the tenth anniversary episode, Alton Brown stated that the show was inspired by the idea of combining Julia Child, Mr. Wizard, and Monty Python. On May 11, 2011, Alton Brown announced that the series would come to a close, ending production at episode 249.