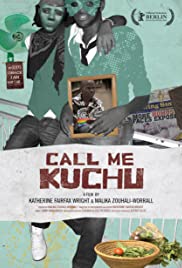 In Uganda, a new bill threatens to make homosexuality punishable by death. David Kato – Uganda’s first openly gay man – and his fellow activists work against the clock to defeat the legislation while combating vicious persecution in their daily lives. But no one, not even the filmmakers, is prepared for the brutal murder that shakes the movement to its core and sends shock waves around the world. (from imdb)