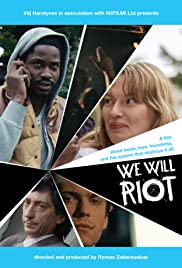 Luke is an up-and-coming DJ from an affluent New York family with a Lithuanian father and an African-American mother. When Luke hears from an estranged grandmother in Lithuania, he defies his parents and decides to visit this far-away country, flying straight to the capital city Vilnius. He falls in love with the city, a rebellious girl called Marta, and the local music scene – the beatmakers – promoted by an aggressive gay manager, Andy. Luke’s grandma’s connections get him a deal with the municipality to become the manager of a new nightclub, and he takes up the challenge… but the deal turns out to be poisoned, forcing Luke to rebel in ways he never imagined.