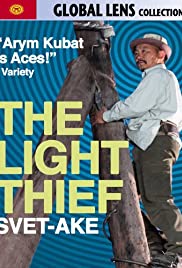 The main hero of the film is an electrician with a far greater effect on the people around him than his job defines. He is the last link in a huge energetic system and he becomes the binding bridge between the geopolitical problems of post-soviet space and the common people. The economic devastation of the country had an enormous impact on the industrial workers and yet despite the upheaval, these people did not seize to love and suffer, to have and be friends and to enjoy their lives. In particular our resilient electrician, who possesses a wonderful and open heart. He not only brings electric light (which is often out) to the lives of the inhabitants of this small city, but he also spreads the light of love, loyalty, life and mainly laughter.