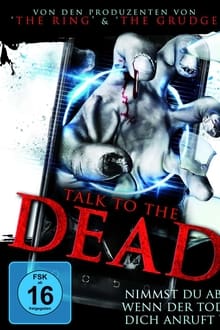 Having lost her beloved father at an early age, Yuri lives with her mother and younger brother. Yuri’s mother meets a new man, but they are deeply in debt and forced to leave their home. Yuri is then forced to take a job as a call girl to support her brother. One day Yuri’s brother becomes ill but since Yuri has to work, she unwillingly leaves him at home. When she returns, she finds him dead in the bathtub. Her heart is scarred with regret and she suffers with a pain that will never go away. After some time has passed, Mayu, a colleague of Yuri’s, tells her about a mysterious mobile app that is rumored to enable its user to talk to the dead. Yet, it comes with a warning: Never reply if the dead soul says, “I want to see you.” Because she blames herself for her brother’s death and will do anything to tell him how sorry she is, Yuri downloads the app and reaches out to her dead brother. Meanwhile, the app’s users begin to die.