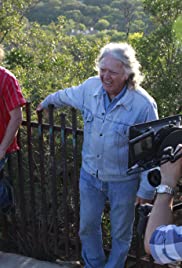 In 1985, former oil rig worker Richard Linklater began a film screening society in Austin, Texas, that aimed to show classic art-house and experimental films to a budding community of cinephiles. Eventually incorporating as a nonprofit, the newly branded Austin Film Society raised enough money to fly in their first out-of-town filmmaker: James Benning. Accepting the invitation, Benning met Linklater and the two began to develop a personal and intellectual bond, leading to many future encounters. Starting in the 1960s, Benning had been creating low budget films mostly on his own, while Linklater had just begun to craft his first shorts. The filmmakers have remained close even as their careers have diverged. After the cult success of Slacker, Linklater went on to make films with Hollywood support. Benning, meanwhile, has stayed close to his roots and is mainly an unknown figure in mainstream film culture.